What Does Network Analysis Reveal about Entrepreneurship Communities?

Entrepreneurship communities can follow very different paths. The most influential actors in a network can have a significant effect on an entire industry, including which companies become successful and how success is even defined. Network analysis can be a very useful tool in understanding these patterns and how they create different outcomes in different cities and industries.

Endeavor Insight has conducted network analyses of entrepreneurial communities around the world, including regions like Puerto Rico, New York, Cape Town, and a recent comparison of Bangalore and Nairobi. The findings of these studies all illustrate key principles of network science that have important policy implications for decision-makers in entrepreneurial communities. 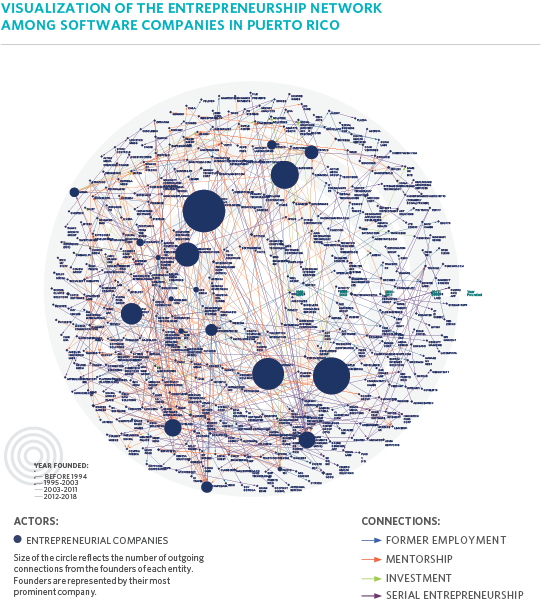