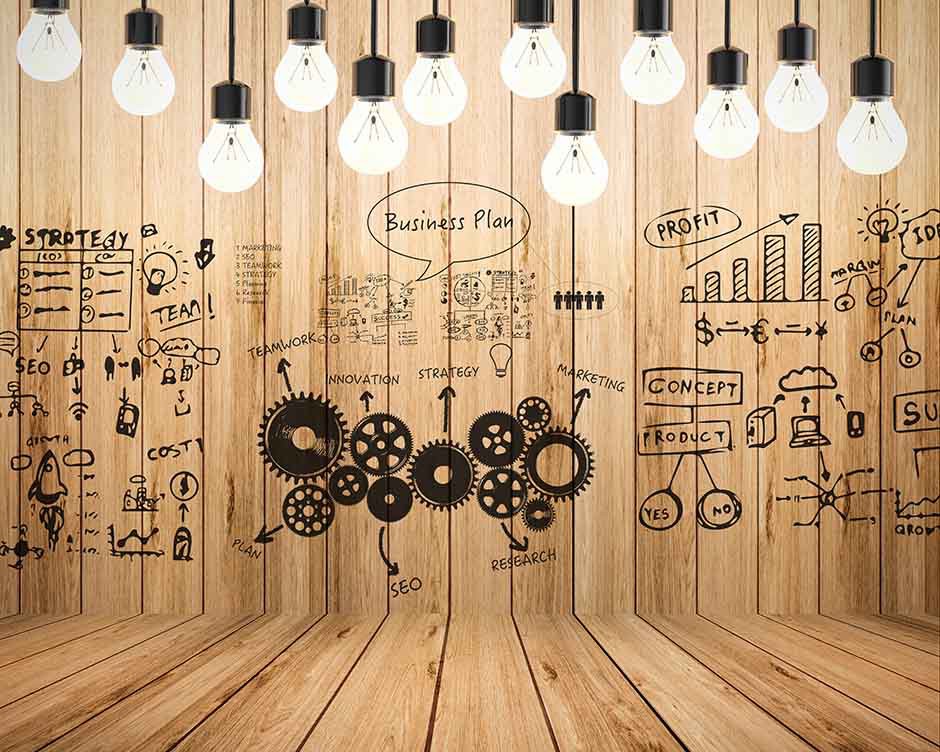 Business plans are increasingly dismissed by investors; according to general consensus, they represent a company’s outlook at one point in time, not for all time. Without a past to go by, it is difficult for startups to forecast future earnings based on anything other than market assumptions and financial projections, explains Dileep Rao in his article, “Are Business Plans Worth the Paper They Are Printed On?”

In development circles on the other hand, business plans have been gaining popularity because they can be extremely effective tools for allocating funds to small businesses that show potential to scale. National governments, NGOs, and multilateral organizations are increasingly teaming up with universities and corporations to identify high-potential entrepreneurs for the sake of catalyzing long-term economic growth.

Business plan competitions are effective because they help governments and NGOs decide which firms to “bet on:” they help assess the likeliness of a small or medium-size firm to generate profit and employment for its local economy. Mounting research indicates that growth-oriented entrepreneurs are a country’s best hope for spurring innovation, revitalizing industry, reducing unemployment and spreading social prosperity—in developed and developing markets alike. Therefore it makes sense for governments to invest in these highly efficient enterprises, but they often lack the means to pick the right ones, and business plans can help them do that. Not only that: it is possible that just participation made contenders more likely to be successful employers.

Evidence from Central America, West Africa, and the Middle East

TechnoServe, an international nonprofit seeking enterprising solutions to poverty, conducted a full-scale study of the thirteen business plan competitions it held in Central America in 2009. Entrepreneurs who had participated in the business plan competitions dramatically outperformed non-participants: they created 2.5 times more jobs over two years, generated twice as many sales growth in the first year, and mobilized nearly three times as much capital. All in all, these programs generated $3.70 in incremental revenue over three years for every dollar spent, and one full-time job per $700 spent. It appears that just participating in these competitions made businesses more likely to succeed.

Launched in 2009, MENA 100 includes the gradual development of a business plan as part of its BPC. The competition aims to promote entrepreneurship in the Middle East and North Africa by offering more than just funding. A jury selects an initial group of 40 to 50 applicants to receive mentoring and assistance with creating business plans from top business leaders in MENA and OECD countries. Second round winners attend a seminar on pitching their concept to angel investors, which the finalists have a chance to do for real at the MENA 100 Marketplace. For participants, MENA 100’s BPC is not just a chance to receive financing but also to receive training on how to obtain financing—a far more valuable takeaway with compounding future returns.

The real proof of this concept came when Nigeria has hosted the world’s largest business plan competition for the fourth year in a row, with unparalleled success. From 2012 to 2015, the Nigerian government gave away over $100 million to 3,000 entrepreneurs as part of its YouWiN! (Youth Enterprise with Innovation in Nigeria) initiative aimed at inspiring entrepreneurship among Nigeria’s youth—the country’s largest population and unemployed demographic. Each year, the competition awards 1,200 top entrepreneurs with grants to execute or expand their business concept and thereby generate jobs. Since the program’s launch, Nigeria’s chronic unemployment rate has dropped from a staggering 23.9 percent to 9.9 percent last quarter.

“The Most Effective Development Program in History”

David McKenzie, lead economist at the World Bank’s Development Research Group, recently completed his three-year evaluation of the Nigerian program, analyzing 1,920 YouWiN participants. The data revealed that grant recipient firms were 37 percent more likely to survive the next three years and 23 percent more likely to grow beyond ten employees. In a country where only 0.4 percent of all firms have a workforce of ten or more, this marks a significant achievement, prompting Colombia University political scientist Chris Blattman to deem state-sponsored business plan competitions among the “most effective development program in history.”

A possible explanation for this unparalleled success is that in the Nigerian case, the government filled a gap: it provided funding and connections for enterprises that showed potential for growth but lacked the credit scale. Unlike in the U.S., where investment opportunities abound, entrepreneurs in Nigeria and other developing countries tend to lack funding resources to scale their businesses. Business plan competitions present an attractive alternative to taking out bank loans at exorbitant interest rates or hitting up family and friends for seed capital. They may even promote social equity: normally, founders with wealthy and influential families have a better chance to grow their businesses, but participation in a business plan competition may help the less privileged catch up with their wealthier peers.

While the cash prize is certainly a critical component to successfully launching a new business, it is not the only boon to come out of BPCs. Just as valuable to their venture success was the professional training, strategic mentorship and critical feedback they received along the way from the high-level executives and venture capitalists who officiated as judges. They also cited the value of being asked to improve upon their business plan and pitch deck versus merely presenting them.

In reality, although some business plan competition cash prizes sound enticingly lucrative, most sums are but a drop in the ocean for entrepreneurs launching a new business, which requires continual cash injections, not one-time checks. Those competitions that act as fast-cash ATMs giving winners easy access to seed capital have limited ripple effects, while those that emphasize the process over the prize have longer-term benefits—not just for the participating entrepreneur but also for the local entrepreneurial ecosystem at large. By providing mentorship, teaching practical skills and facilitating connections, business plan competitions may give entrepreneurs the tools to develop their idea further. What’s more, by showcasing and celebrating talented entrepreneurs, they pave the way towards the adoption of more innovation-friendly policies, social attitudes and support networks.