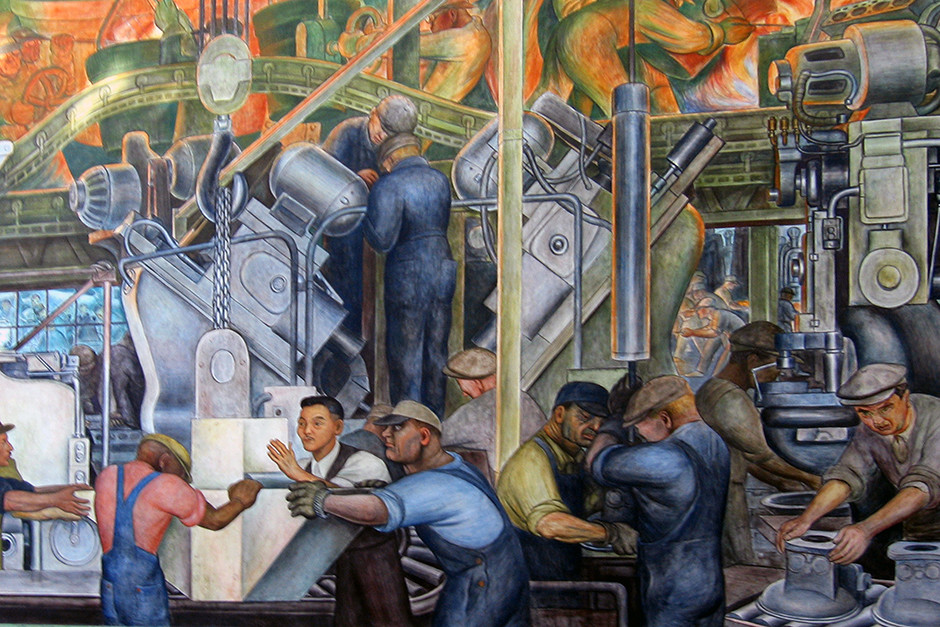 How Scaleups Can Reduce Unemployment

Entrepreneurship support programs, if done well, have a great potential to alleviate poverty and create jobs. World Bank economists, among others, seem to agree: in 2013, the World Bank’s World Development Report stated that in the past three decades, the share of people around the world living under the poverty line fell from 1.94 to 1.29 billion people, a likely result of millions of additional jobs in Asia.

While firm creation and job creation are related, new research from Endeavor Insight has found that the relationship is more complex. To examine unemployment in a region with many companies, Endeavor Insight looked to the Detroit metro region, which has experienced a steady growth in the number of firms and, simultaneously, also a steady rise in unemployment since 2008.

Once a major economic power due to its successful automotive industry, Detroit’s unemployment levels has remained higher than all comparable metropolitan areas in the United States. Why have the number of firms and unemployment both increased in Detroit? What can be done to recreate economic growth in Detroit and other regions with high unemployment? Endeavor Insight partnered with the New Economy Initiative to answer these questions.

From a dataset of over 600,000 Detroit metro-area companies researchers at Endeavor Insight tracked startup firms, scaleup firms, and firms with lower levels of growth between 2007 and 2012. The growth trends of the three types of firms appear in the graph below. 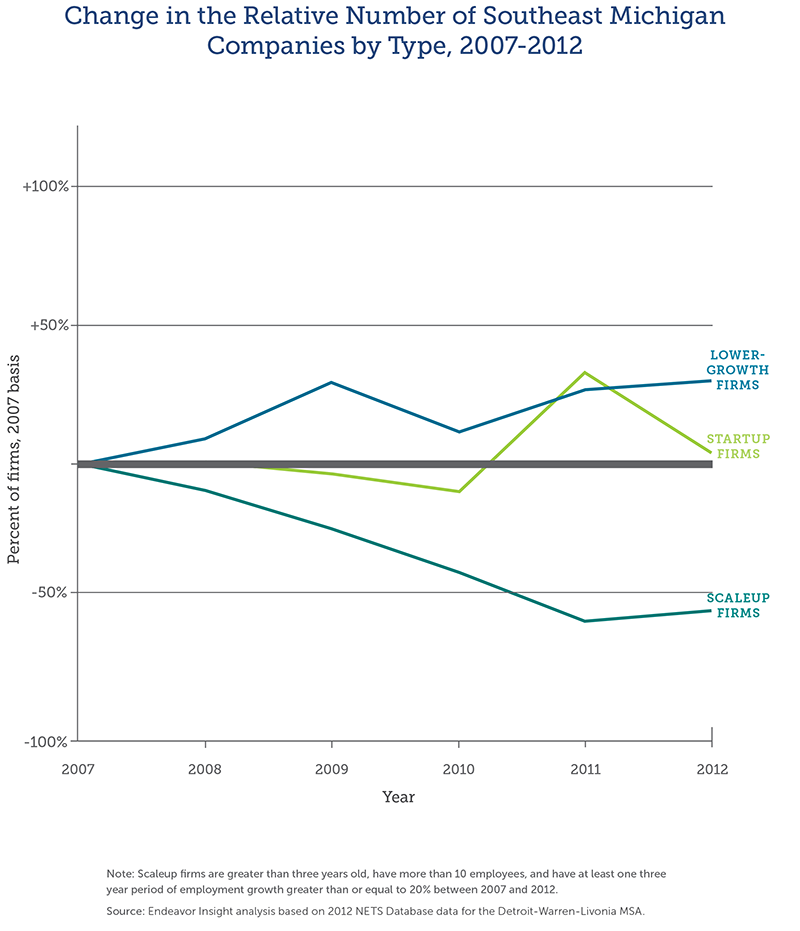 Based on the data, the report concludes that a lack of scaleups in Detroit is the reason why unemployment is still at record levels, despite the large number of new firms. Below are three main conclusions from the report:

WHAT THIS MEANS FOR OTHER CITIES

Detroit is not the only place where the creation of more scaleups could remedy high unemployment. Studies on countries around the world including: Peru, Mexico, and Kenya, have identified scaleup firms to be powerful tools in reducing unemployment. Outside of Detroit, the report provides a number of insights into the importance of scaleups for job creation:

To read the full reports, please click here and here.