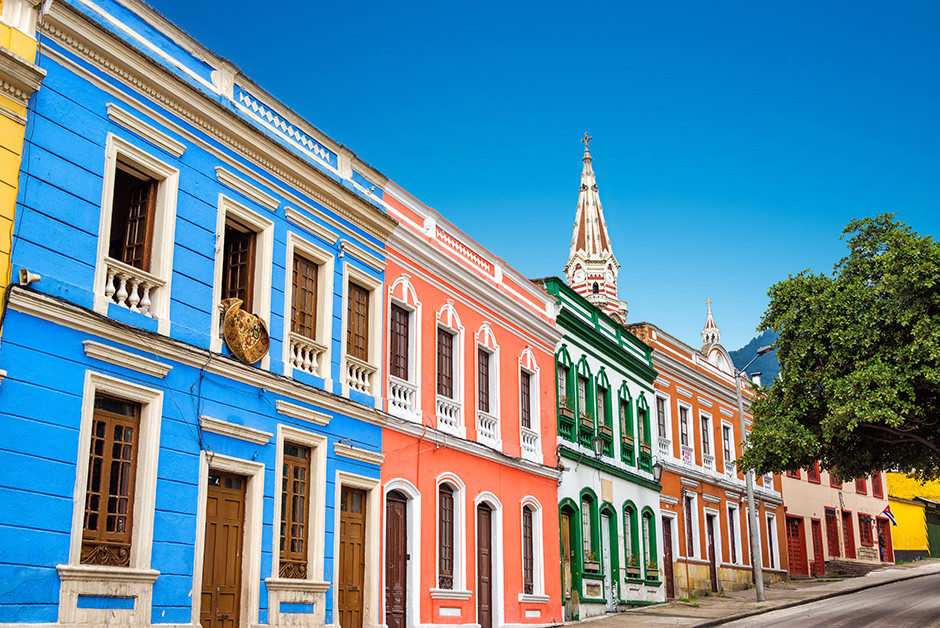 One way to measure the strength of an entrepreneurship community is to analyze the connections among local entrepreneurs. If there is evidence that successful founders are reinvesting their financial, intellectual, and social capital into new businesses, the ecosystem is more likely to generate successful companies in the future.

Endeavor Insight recently studied the technology sector in Bogotá, Colombia. We interviewed more than 200 local tech entrepreneurs and found a dense network of connections among their companies. In total, 319 instances of mentorship, inspiration, and investment among entrepreneurs have helped to drive the growth of approximately 150 new companies between 2007 and 2013. Companies in this sector have now generated 6,000 jobs for the city’s economy.

The network map below visualizes the connections within the Bogotá tech ecosystem. It displays four core elements – companies, each company’s influence, connections among companies, and time – to illustrate how the number of companies, their influence, and the ecosystem have developed. The blue circles represent companies and their founders. The size of each circle represents the founders’ influence based on the number of their outgoing connections to other companies. Connections can exist between two founders (mentorship, inspiration), a founder and a company (investment), or can represent a founder moving from one company to the next (former employee, founder). Each of the colored arrows represents a different connection type. As companies and their founders become more connected, more arrows flow outwards and the circle grows. 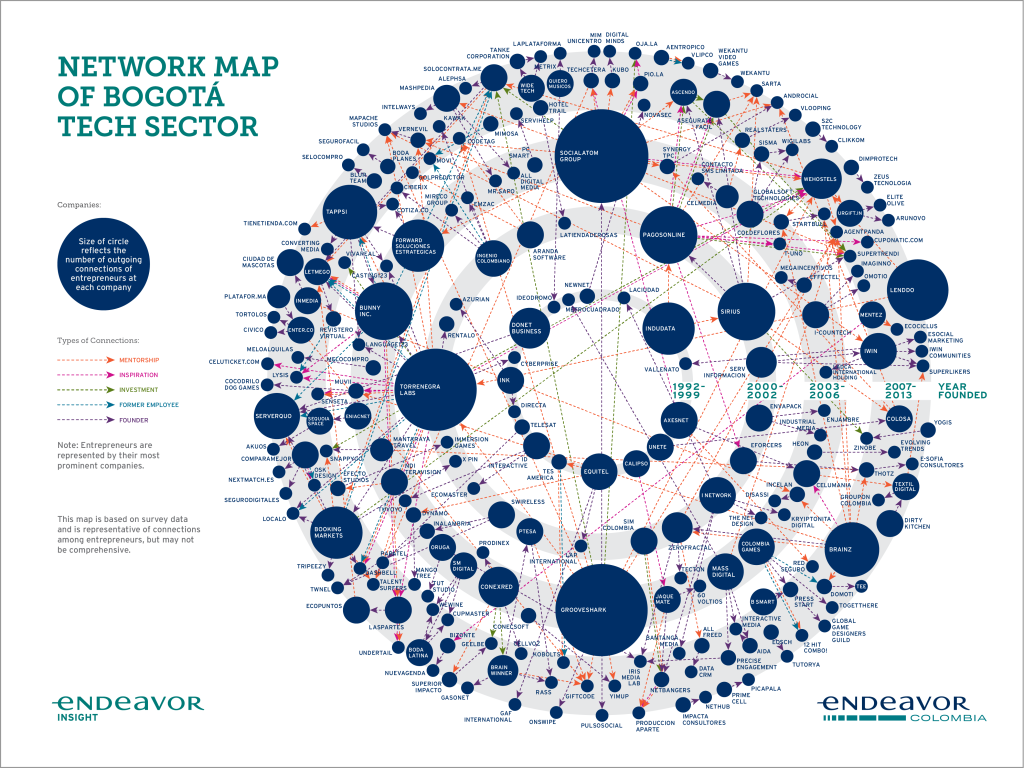 Despite the enthusiasm for entrepreneurship in Bogotá, our study identified several areas that may inhibit the growth of entrepreneurial companies there. The city’s tech sector had more than 90 serial entrepreneurs, but few of their companies that have shown substantial growth. Likewise, there were only 16 angel investments within the network, limiting the extent to which smart capital can accelerate the growth of Bogotá’s tech companies. Without sustainable growth and value-add investment, it will continue to be difficult for these companies to become successful and accelerate the growth cycle of Bogotá’s tech ecosystem.

To learn more about this study and its methodology, click on the report embedded above. More information about this research is also available on the Endeavor blog.