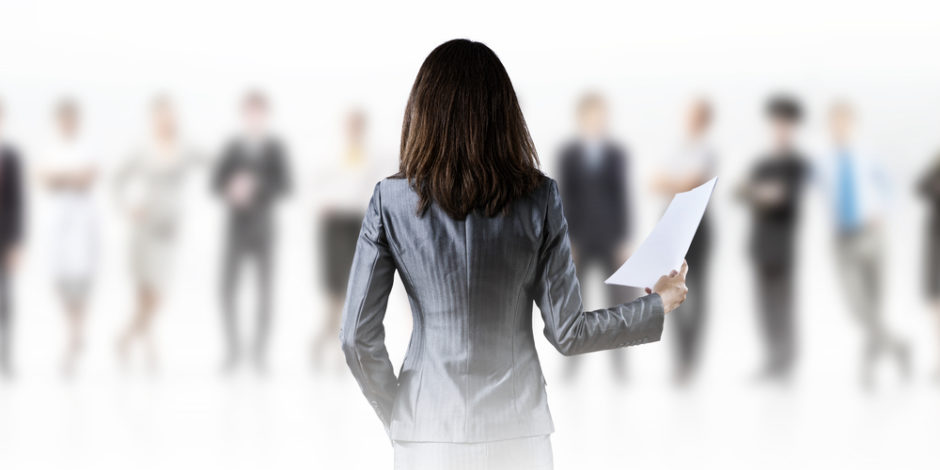 In 2017, only 16 percent of venture-backed companies had a woman founder, and only 2.2 percent had all-women founding teams. Women are less represented among venture-funded entrepreneurs than they are in the workforce, business ownership, or even high-technology employment, a sector well-known for its gender imbalance. According to Ian Hathaway of the Center for American Entrepreneurship, it appears women are facing special barriers in the VC universe. In terms of raising venture capital, women entrepreneurs’ lack of representation cannot be explained by their underrepresentation in other economic domains.

In The Ascent of Women-Founded Venture-Backed Startups in the United States, Hathaway tackles this well-documented, but little understood issue from a new angle. Instead of simply comparing sum totals of funding, he compares 13 cohorts of venture funded companies between 2005 and 2017, breaking down each group by gender. This comparison over time allows him to compare follow-on financing rates and exit rates between men- and women-led founding teams. (He defines woman-founded companies as companies with at least one woman founder.)

Follow-on financing rounds are important indicators of a company’s success in the venture world, because they signal whether the founders are able to create value using the previous round of investment they received. The new data is proof that while women founders may struggle to secure their first round of investment, they are just as likely to succeed at raising consequent rounds as all-men cofounding teams — once they get funded. Additionally, women-founded companies that received a first round were mostly on par with men-founded companies in their likelihood to go public, or be acquired by another company.

In 2014, the Same Percentage (52 percent) of Women-Founded and Men-Founded Startups Raised a Second Round of Financing. 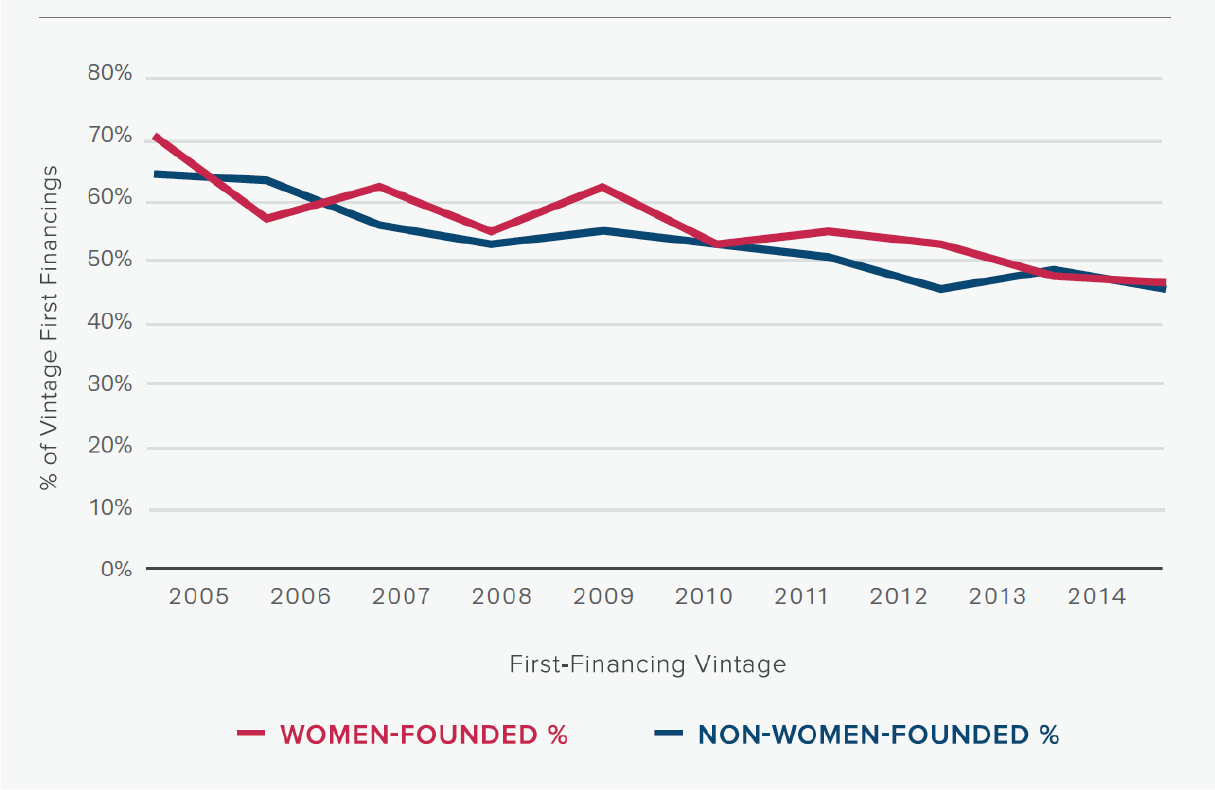 According to the report, women-founded companies are equally likely to create value and have an exit, but even today, they are four times less likely to get venture funding as all-men co-founding teams. It seems that investors, on average, are losing out by overlooking companies with women founders. So why are investors consistently missing this opportunity?

Hathaway argues that the underrepresentation of women partners at leading US venture capital firms (around 9 percent) can explain some of the gender gap among VC-backed entrepreneurs. He also suggests that further research should explore exit values and investment returns by founder gender as that data becomes available in order to fully understand the root causes of this issue.

Hathaway’s inclusive definition of women-founded companies also suggests an additional interpretation of the data. The vast majority of the women-led firms he studied included both men and women entrepreneurs. Because of this, his analyses also offer evidence that diverse cofounding teams may be overlooked, even though they perform equally well over time, or, as some studies suggest, better.