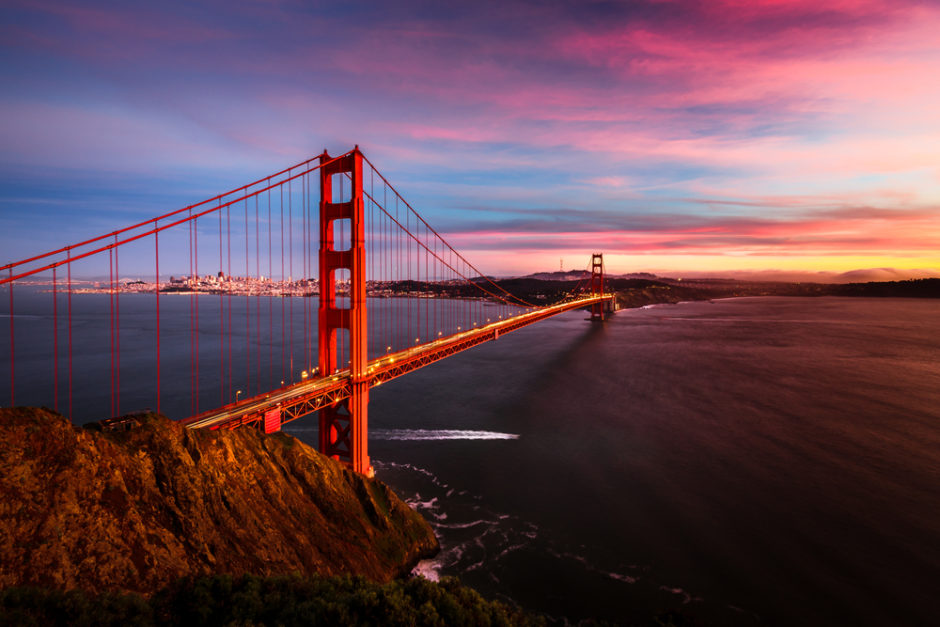 Endeavor is turning 20 years old this year – a good time to revisit the basics of how entrepreneurship can drive economic development in a city. Originally published on Techcrunch in 2014, this post draws lessons from the story of Fairchild Semiconductor: the story a few entrepreneurs, who reinvested their success in other entrepreneurs, and created the tech industry as a result.

Silicon Valley’s history offers an important example to other cities and regions that wish to create hubs for entrepreneurial companies in fast-growing industries. The story of the Valley’s development illustrates a number of important lessons for leaders seeking to cultivate high-growth companies and industries in their own communities.

Lesson 1: Great companies can develop in unlikely and challenging places.

During the rise of computer chip businesses in the 1950’s, the Bay Area lacked the funding, talent, and research needed to establish transistor companies. The region was six years behind major cities such as Boston and New York in the development of computer chip companies as the chart below illustrates. In spite of these challenges, eight ambitious entrepreneurs managed to launch a successful chip company in the Bay Area. This company, Fairchild Semiconductor, ultimately became the second largest computer chip firm in the world. 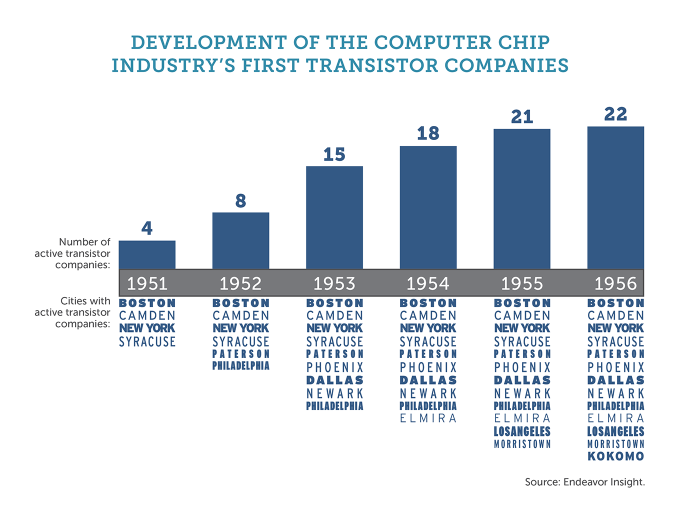 Lesson 2: A few entrepreneurs can make a big impact.

After their initial success, the eight co-founders of Fairchild spawned 31 spinoff companies in just 12 years. When a local journalist wrote the article that created the name “Silicon Valley” to describe the success of computer chip firms in the Bay Area, almost every company he referenced was created by the network of former co-foudners and employees at Fairchild. This pattern has continued up until today. Nearly 70% of Silicon Valley’s public firms are linked to Fairchild. These 94 firms employ 800,000 people and have a combined value of over $2.8 trillion. 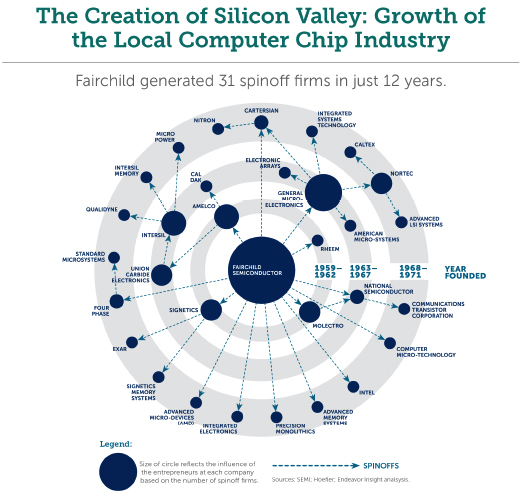 Lesson 3: There is a framework for success that leaders can accelerate.

The Fairchild co-founders fostered the growth of Silicon Valley by following the four steps of the Entrepreneurship Acceleration Cycle: ambition, growth, commitment, and reinvestment. The illustration below shows each of these steps and the sub-components it includes. 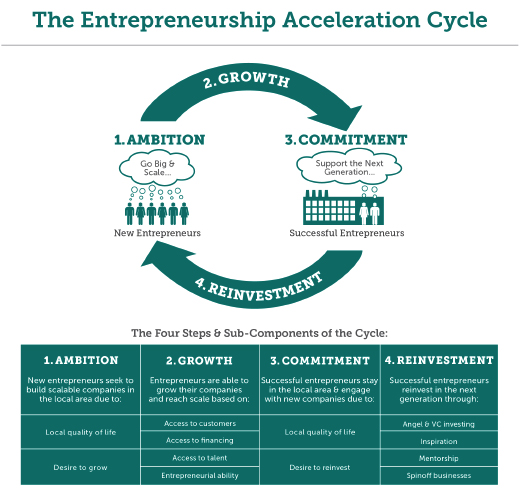 Step Two: Growth. In order to achieve  significant growth, firms must have access to talent, financing, and customers. Although the co-founders experienced difficulties in accessing these resources, they were able to obtain these key elements for growth with the aid of Arthur Rock, a banker from New York.

Step Three: Commitment. Founders must have the desire to stay in their local area and share their resources with the next generation of entrepreneurs. The co-founders at Fairchild demonstrated this when they chose to support other aspiring businesses.

Step Four: Reinvestment. Creators of successful companies reinvest in other entrepreneurs and businesses. Looking backwards in time, it is easy to see how critical this part process was to the development of the Valley. The leaders at Fairchild demonstrated the different ways this can happen. They inspired employees to start new companies and launched their own spinoff businesses like Amelco and Intel. The co-founders acted as early investors for the first venture capital firm in the Bay Area and for companies such as AMD. They also mentored other local computer chip entrepreneurs. These actions helped a new generation of ambitious companies emerge out of Fairchild’s success to create the original “Silicon Valley” and foster future successes in the local community.

To download our full report on the history of Silicon Valley, click on here or view the report using the embedded link below.

Contributed by Hannah Bottum and Lili Torok, based on research by Rhett Morris.