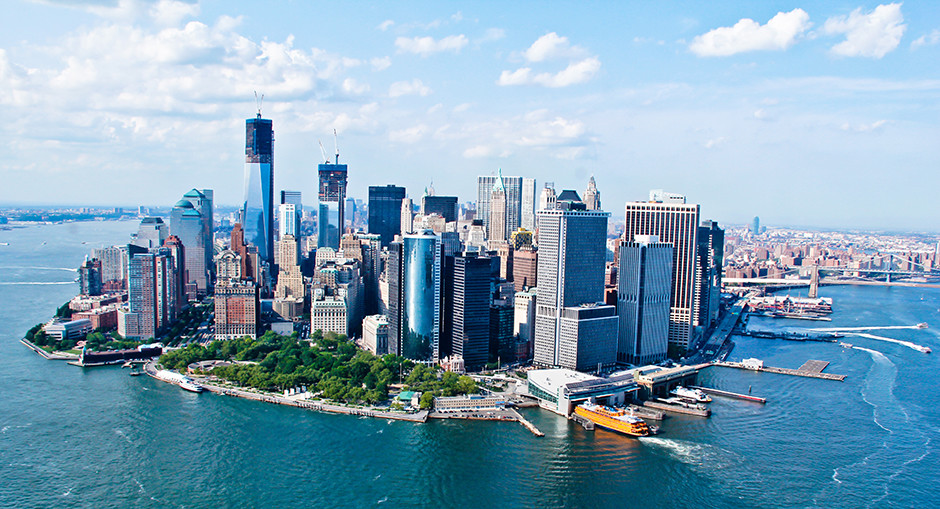 Popping up on advertisement campaigns and company websites, “We Are Made in NY” and its eponymous logo helped to spotlight entrepreneurship in New York City.

“We Are Made in New York,” or “Made in New York” for short, was an advertising campaign that promoted New York City’s technology industry by celebrating the success of the local technology entrepreneurs and sharing job opportunities in the sector. Relying on donated resources and the city government’s existing media platforms, this initiative highlighted local entrepreneurial role models to inspire future entrepreneurs in the city.

According to New York City’s former Mayor Michael Bloomberg when he announced the program, New York “offers the ideal location for talented people with ground-breaking ideas to start their companies, and the ‘We Are Made in NY’ initiative is the latest step we’re taking to help them grow here.”

The content and strategy for the campaign was developed in partnership with local media companies, such as Advertising Age, Mashable and WordPress, who donated resources to the effort. Each advertisement featured photographs of local technology entrepreneurs and their teams with statistics on job creation within local technology companies.

The mayor’s office also promoted the campaign across a number of media platforms available to the city government, including:

NYC Digital, an initiative of the New York Mayor’s Office, whose mission includes supporting the local technology industry, coordinated the campaign. In addition to the advertising campaign, NYC Digital created an online map of tech companies that shows more than 3,000 job opportunities in the sector.

Below is a sample Made in NY advertisement: 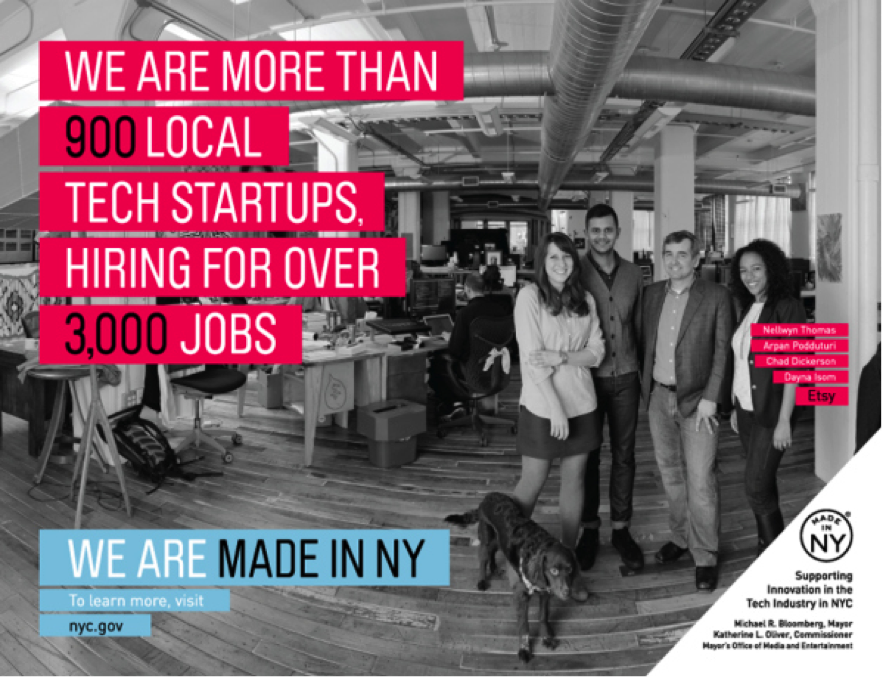 The campaign generated approximately 150 million media impressions in the first six months. Additionally, high-growth startups such as AppNexus and Quirky have submitted their own videos  to promote New York’s entrepreneurial opportunities. Over 1,000 companies have been added to the Made in NY list, and within these 1,000, 670 have applied for the “Mark of Distinction,” which celebrates local development.

For more information, please visit “Made in NY’s” website, www.wearemadeinny.com.