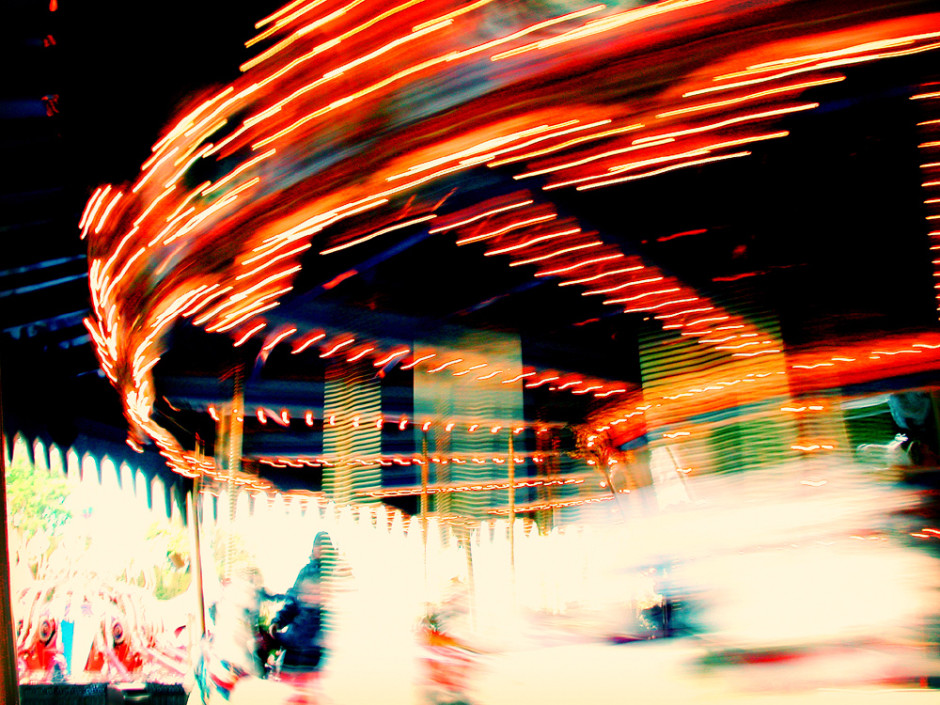 Professor Colin Mason is Professor of Entrepreneurship at the Adam Smith Business School at the University of Glasgow. He has held visiting positions at universities throughout Canada, Australia, New Zealand, and Argentina. His research interests include enterprise policy and regional development; he is an expert on high growth firms  and angel investment.

On the first episode of Endeavor Insight’s interview series, we talked to him about high growth firms, entrepreneurial recycling, the point of teaching entrepreneurship, and why business networks should be cultivated like gardens.

Endeavor Insight (EI): I think it’s safe to say that our interests are closely aligned. You research high growth firms and angel investments, but the bulk of your recent research seems to be focused on high growth firms. What are three things that everyone should know about them, and why do they matter?

Colin Mason: Okay, well why do they matter? A lot of research shows that it’s the minority of entrepreneurial businesses that achieve significant growth, that have the biggest impact on job creation. So, as we know, most business start-ups don’t grow very much. I did a report looking at high growth firms in the UK and we found it was actually six percent of the cohort created more than half the jobs. [The report, called The Vital Six Percent, is available here.] So that gives an idea of the kind of scale. Just a handful of a small percentage of businesses in any cohort of recently created businesses are responsible for more than half the jobs.

EI: You just mentioned that the government cannot really pick winners; so how can we design policy around these firms if they have so little in common?

Colin Mason: There [are] limits to what governments can do, but certainly I think we want to try and remove the constraints that growing firms might encounter. Particularly finance constraints, but also huge human capital constraints. I think also we’ve recognized the kind of geographical environment in which firms grow is important.

It’s  analogous to a garden. If you want your flowers to grow, they need to be in enriched soil, which is fertilized. You need to get enough rainfall, enough sunshine, and so on. There is recent research that suggests that, although we can find high growth firms anywhere, they do tend to be geographically clustered in particular cities and city regions. So the ecosystem is important.

There’s evidence that people that have tried entrepreneurship [the] first time may be successful [the] second time. Certainly to be successful [the] first time, they’ve got the resources to be successful the second time. Again we find that going back to clusters; to ecosystems. The most successful ecosystems tend to have had one or more blockbuster entrepreneurs. Companies that have really grown and have been sold for a lot of money so the entrepreneurs and the investors; the business angels, can reinvest in other companies.  Growing companies learn more effectively from each other. So I think encouraging peer learning, I think is appropriate as well.

EI: You also mention entrepreneurial recycling, which seems to be related to all of this. Can you expand that concept a little bit?

Colin Mason: Often an entrepreneur will start and grow a company, and for a range of reasons will sell the company to a bigger company. That might be because they’ve raised venture capital. Obviously the whole model of venture capital is you invest for capital gain, and at some point there has to be an exit; a liquidity event; a harvest event. So whether the entrepreneur wants to sell or not, they may find that they’re under pressure by the venture capitalist to sell.

So you might have somebody who’s thirty-five, forty, forty-five, grown a successful company. Might spend a year or two working in the bigger company that has acquired the company, but will typically not make a very good employee, so will want to at some point leave and either start another business, or use their wealth and experience to invest in other younger businesses.

EI: It seems like internationalization can be very important while you’re still leading your business that you founded, but then brain drain may be an issue.

Colin Mason: Well, yes I think that there’s a lot of evidence that younger entrepreneurs are conscious that geography matters and if they’re gonna set up a company and they’re living in a small economy, whether that’s in the Midwest of the USA or in a small country in Europe, that maybe they should go to London or go to Silicon Valley to start a business where they’ve got a much more supportive infrastructure. So, for sure we do see entrepreneurs moving in order to start companies. I say that both within countries and internationally. So that’s one aspect of internationalization. I know it strikes me whenever I go to any event in London and see the entrepreneurs from London’s tech cluster; how they’re such an international group. They’re from Scandinavia, they’re from Eastern Europe, they’re from France.

The other aspect of internationalization, I think particularly from a European Point of view, is that if they’re going to expand, particularly in tech, they have to expand into the US market, which is the biggest market for tech. So European companies in particular, have [the] need to internationalize almost from day one, which means that a lot of the job growth is not occurring in the home countries, it’s occurring in the US.

EI: Right. That also brings me to my next question. So you’re a professor of entrepreneurship, correct?

EI: So you think that entrepreneurship can be taught then?

Colin Mason: [Laughs.] Oh, the standard question. Yes, clearly, if I didn’t I wouldn’t be in the job. Yes there’s this classic dilemma, are entrepreneurs born or are they made? I mean, if we take the view that entrepreneurs are born then no matter what, government is wasting their time trying to encourage people to be entrepreneurs. It’s what’s called the lump of labor fallacy.

I definitely think that you can teach aspects of entrepreneurship. I think the view is, there’s limits of what you can do in the classroom and in the lecture theater. You have to expose students to the real world of entrepreneurship. Engaging with entrepreneurs. Getting the students to start mini ventures. Actually coming up with a real business idea and actually trading for a semester or in some cases a year actually making money and learning by doing. I think that’s the most effective way.

I think that’s one of the problems in the past, of kind of the emphasis we have on the super entrepreneurs like Bill Gates and Richard Branson. We know the best motivation for being an entrepreneur is seeing somebody just like you; went to the same school as you, grew up in the same neighborhood as you, being successful, and thinking gosh if that guy or that girl who wasn’t very clever in school can actually be an entrepreneur, than I’m damn sure that I can.

EI: Exactly. That’s why Endeavor is in the business. All right, so nearing the end of our interview, I have two more questions. One would be: suppose the somebody from the Mayor’s office of St. Louis, Missouri, came up to you and asked for advice, what would be the first thing that you would tell them to do?

Colin Mason: Well I think working with universities…is probably the number one approach. Universities from a city point of view … Universities are wonderful talent magnets. They attract talented young people from right inside the area. The challenge for a city like St. Louis and under-performing cities, is keeping the graduates after they’ve graduated, because by definition there may not be the jobs. One of the … If you can get the students to think about starting businesses, and even getting them to start businesses before they’ve graduated. That kind of embeds them in the local economy, because once they’ve started a business they’ve got networks and relationships that will kind of keep them local.

EI: Alright, so my last question would be: What’s next for you? What are you working on now?

Colin Mason: I’m returning to business research. I’m particularly interested in entrepreneurial ecosystems. I was asked by the OECD about eighteen months ago to write a report on what do we mean by entrepreneurial ecosystems, because again they recognize the paradox that in Europe in particular, there were countries that had been rated as having very favorable conditions for entrepreneurship at the macro level. Yet these countries were not producing high growth entrepreneurship. I mean Denmark and the Netherlands are a couple of countries. That paradox; very supportive macroeconomic conditions, but we weren’t seeing high growth firms. So that led to the realization that, as I said earlier, geographical context matters. You need strong city and regional ecosystems.

Now, the problem is that you don’t notice when ecosystems are emerging. You only kind of notice them when they’re kind of fully formed. So we need to understand how ecosystems get established, and how the various institutions get created. How momentum gets built up; how finance can kind of emerge in an ecosystem, or what are preconditions for what emerge afterwards. Why do ecosystems develop in some areas and not in other areas. I’ve got particular interest in Canada.

It seems that the Atlantic Canada region gives the opportunity to observe the emergence of an entrepreneurial ecosystem. I think we’ve been seeing in Edinburgh as well, that Edinburgh has  got a couple of so called “unicorn companies”— two companies that have reached a billion dollar valuation, Skyscanner and Fanduel. So that’s quite an accolade; we’re seeing Edinburgh developing quite an entrepreneurial ecosystem as well.

That’s what I want to do: understand the start up and emergence of ecosystems. Building the time dimension into the geography of entrepreneurship.

Colin Mason’s latest publication, “High growth firms, jobs and peripheral regions: the case of Scotland”, is available here. An OECD report he recently co-authored with Dr. Ross Brown on “Entrepreneurial Ecosystems and Growth Oriented Entrepreneurship”, can be accessed here. His report on the Vital Six Percent of high growth firms in the UK can be downloaded here.

The interview was conducted and condensed by Lili Torok.