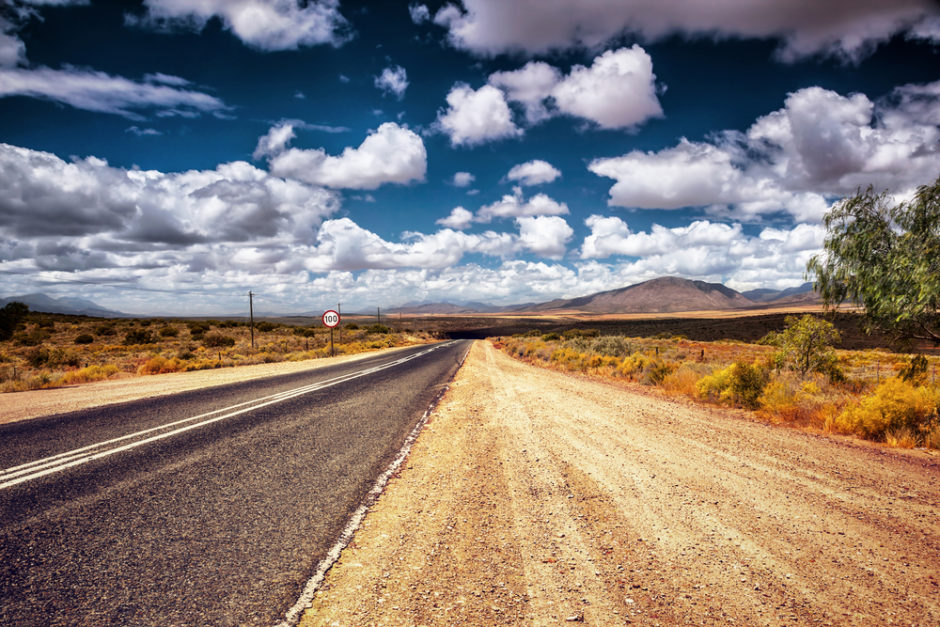 Accelerators, What Are They Good For?

The Global Accelerator Learning Initiative (GALI) studies accelerators around the world. The objective behind this remarkably comprehensive global data effort is to keep track of the growing number of accelerators globally, and to understand whether accelerators help companies attract investment and reach scale.

GALI, a collaboration between the Aspen Network of Development Entrepreneurs (ANDE) and Emory University, recently conducted a large-scale research project, to see how business acceleration in emerging markets compares to business acceleration in high income countries. They used a large sample of high-income country ventures and emerging market ventures that applied to accelerator programs, and compared the performance of those who got accepted with those that were rejected.

Accelerated companies studied in the report fare better in terms of attracting investment, and they grow faster in terms of revenue and employee growth than rejected companies. And while there are some differences between developing and developed market ventures, on average, this remains true for both groups.

It is also important to note that the size of the revenue and employment growth is relatively small. The average company in accelerator programs generated only 0.5 to 1 additional jobs, when compared to firms rejected from accelerator programs. The revenue growth of accelerator firms was also only $15,000 USD to $25,000 USD greater than that of rejected businesses, as the chart below illustrates. 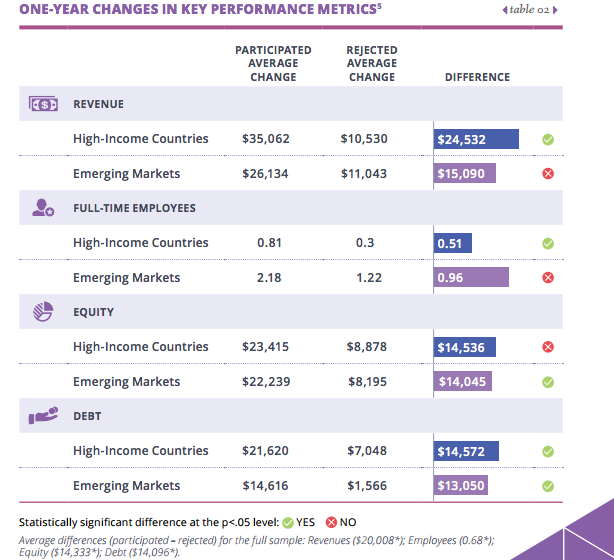 The differentiating factor is, rather, how accelerators engage with portfolio companies in emerging markets, since they might have different needs. Developing country entrepreneurs have slightly different talent needs, and based on the report, they are more likely to operate in certain sectors, like agriculture, and less likely to operate in others, like health. Because some sectors are more capital intensive than others, this also explains their different capital needs as compared to their peers in highly developed countries.

Accelerated companies in emerging markets seem to wait longer to apply to programs, and as a result, they are more developed by the time they join an accelerator. Emerging market entrepreneurs in the study were also less likely to mention that accelerators helped them expand their networks to other entrepreneurs or mentors. (This difficulty of growing one’s network was confirmed by accelerator program managers, who also mentioned that recruiting mentors and experts was a challenge for them.) It was more common that participants mentioned insights into the industry and connections to government officials as key benefits of the program.

If not networking, then what explains the success of accelerated ventures in emerging markets?

As mentioned earlier, even if emerging market entrepreneurs are different, the data is clear that, on average, participating in an accelerator tends to be linked to more success in fundraising, revenue, and employee growth. There are a few potential explanations for this.

One explanation, mentioned in the report, is that accelerators perform another, important function in emerging markets, by working with companies on investment readiness. They also maintain relations with outside investors who look to emerging market accelerators for due diligence as they build a pipeline in a country where they have no ongoing presence.

On the flip side, ventures in emerging markets seem to have different motivations for joining an accelerator. Because of the relatively low availability of equity investment in their countries, they recognize that they have a better path to fundraising through joining an accelerator, and they join with that specific goal in mind. So it might be the case that the most savvy entrepreneurs self-select in the programs because they have great intuition, which explains both their decision to join the accelerator, and their success in scaling the company.

Rising above averages, it is worth mentioning that not all accelerators are the same, and perhaps this positive association between performance and program participation is in fact driven by a few top performing accelerators. These top accelerators might be better at finding good mentors and experts, and help expand entrepreneurial networks.